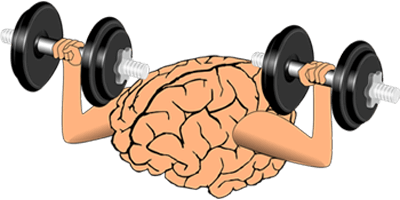 Being mentally strong is not about acting like a tough guy. It’s about developing personal skills and habits that help us get through life whilst maximising our human potential. Nowadays so much focus is placed on physical strength, on building bigger biceps or developing a 6 pack. Yes, It’s important to look after your body – but what about your mind?

Learning how to be mentally strong is just as important as being physically strong, and can positively impact our lives in numerous ways, not just in the gym. After all, the mind is what’s really running the show, it’s our central computer. There’s a term that computer programmers use, and that’s ‘garbage in – garbage out’. Think of your thoughts like a computer program running in your mind.

Are the thoughts you think on a regular basis conducive to a positive life? Or are they negative, self-deprecating, limiting, or fear based?

We can get infected by other people’s opinions

We tend to think that our thoughts and beliefs about ourselves are ours, but this is not always true. For example, if as a kid we were told that “you’re useless, you just don’t listen, you’ll never get anywhere in life” then there’s a very good chance that this negative opinion will become part of your belief system about yourself.

Unless we challenge this negative belief and reprogram/replace it with a positive one, then we will carry it with us into adulthood, replaying it in our minds over and over again. This sort of thinking is like a virus of the mind and needs to be addressed in order to become mentally strong.

The mind needs to think


The mind never stops. Even when we’re asleep our mind is thinking. It goes on telling itself stories, creating worlds that are completely made up. Similarly, as we are going about our everyday business, the mind is constantly running a stream of mental content.

Now the problem is, that unlike the dream world – where when we wake up we realise that the stories our minds have been telling us aren’t real. Our everyday thoughts are a different matter – we believe what they say to be true!

Even if it is just our mind rehashing old thoughts, and rerunning things that have made us not feel very good about ourselves. The fact is – if our thoughts are unwanted, negative or limiting they are affecting every area of our lives!

To live life to our maximum potential and accomplish our goals and aspirations, we must have a positive internal dialogue.

What is mental strength?

Keeping calm under stress, not losing your temper, facing your fears, pushing past your perceived limitations, resisting temptation and stepping outside your comfort zone, are all acts of mental strength.

A marathon runner has mental strength when he hits the wall at the halfway mark, then pushes on, even though his body is telling him to stop.

Leaders that have to make difficult decisions day in and day out, have mental strength, as do inventors or entrepreneurs who despite their failures, manage to pick themselves up and start over again until they succeed.

Mentally strong people don’t give up when life gets tough, they learn the lessons that are hidden in adversity – this is what makes them mentally stronger.

Mentally strong people don’t judge situations as good or bad. They take a step back from them, and look for the lesson and opportunity in it for personal growth, then they move forward.

How to develop mental strength

We are not born with mental strength it’s something that is created by repetition. Just the same as physical exercise and lifting weights, the more effort we put into it, the fitter and stronger we become. You have to work to become mentally strong.


On average we have 50,000 thoughts a day! This endless stream of mind chatter takes up a lot of energy. Most of this internal dialogue is just like unconscious spam, that gets regurgitated day in day out.

If we don’t consciously choose our thoughts, then we’re just operating on autopilot. This is how bad habits are formed which can lead to mental weakness.

To develop mental strength we must choose positive “I can” thinking habits, and catch those “I can’t” thoughts, that stop us from uncovering our true potential.

By default, we are programmed to resist change even if we know it’s good for us. Resisting the urge to listen to the inner voice that is telling you that 10 reps is enough, or that you can stay in bed for another 10 minutes, will help you to become mentally stronger.

It takes around 30 days to form a new habit. Like working out, the more you do it, the easier it will become and you’ll start gaining momentum. It’s important to start with small doable goals first, such as:

This will send a powerful message to your mind that you are in control of it, rather than it being in control of you. Then you can gradually move on to setting bigger and more ambitious goals. This is a sure fire way of improving your mental strength, and your life.

The power of the mind

Recently I watched a BBC TV program about the placebo effect. In the show, they took 117 people of various ages who suffer from chronic back pain (which affects 1 in 5 people in the UK). In the controlled experiment they told the participants that half of them would receive a new painkiller, and the other half would be given a placebo containing nothing but ground up rice. The volunteers took two tablets a day for a few weeks and were asked to record the effects in a video diary.

Well, a professor at Oxford University explained that if the brain believes that a drug will have a positive effect, then the brain itself can produce natural opioids similar to morphine.

The really amazing part of the study, however, was that after it was over some of the volunteers continued to take the placebo even though they knew it was just powered rice, and guess what? The positive effects continued!

This was believed to happen because the mind still continued to associate taking the fake capsules with pain relief. This phenomena can be better explained by referring to the Pavlov theory.

Around 1889 Russian physiologist Ivan Pavlov did a series of experiments on dogs. Every time he bought food to the dogs in his lab, he would ring a bell. After some time the dogs would associate the sound of the bell with the thought of food and start to salivate. So the sound of the bell and not the actual food was able to induce this salivating response in the dogs.

So what’s all this got to do with mental toughness?

Well, it highlights just how powerful the mind is. The beliefs we hold about ourselves and the world around us are influencing even aspect of our lives. Mind over matter is very real.

We need to be careful what we think and believe, because the mind is listening to every word we say!

Our beliefs, actions, responses and decisions are based on repeated thought patterns, both positive and negative. We are creating pathways in our minds every time we repeatedly think a certain thought; until eventually (like Pavlov’s dogs) we automatically produce a learned response or feeling, in response to that thought. This can be beneficial or not. The mind really doesn’t care.

We use cookies on our website. If you continue to use this site we will assume that you are happy for us to use them and that you agree to our terms of use. You can read our privacy policy here.I agree